A small church in a town of fewer than 2,000 in west-central Oregon is playing an outsized role in helping its region recover from wildfires that swept through large swaths of the Pacific Northwest last summer and fall.

Mill City (Ore.) Christian Church initially helped by establishing a disaster relief store, but for the past few months it has partnered with a church from Washington state, along with area business owners and individuals, to help clear some of the more than 300 homes destroyed in the area.

“I had spent a year asking God to use me in this community and made prayer a major part of my life,” said Paul Luna, senior pastor of MCCC. That’s when high winds swept the Beachie Creek Fire through the Santiam Canyon just as Labor Day was ending.

“Most of us had been enjoying the day with barbecues and pleasant weather, but that evening ended with a cloud of smoke that turned our skies to deep orange,” Luna said. “I don’t think any of us really knew how bad things were going to get.”

Mill City avoided the worst of the inferno, as the fire—coming from the east—somehow went north of the town “before dropping back down,” Luna said.

“This left most of the infrastructure of Mill City in place, but those who lived in our neighboring communities, as close as three miles from Mill City and on the outskirts, were hit hard,” he said.

“Two days after we got hit by the fire, I talked to God and asked, ‘Now what?’” 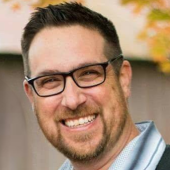